Established in February 2003, Mountain View Neighborhood Association (MVNA) represents its residents as one of the 13 recognized neighborhoods in Bend.

Bordered on the south by Highway 20, on the east by Eagle Road, on the north by Butler Market road, and on the west by Shepherd Street, this neighborhood boasts a strong balance of residential neighborhoods and commercial entities, along with Bend’s largest employer: St. Charles Medical Center.

Learn more about our neighborhood. Meet the MVNA Board.

We are organized on behalf of our membership for educational, social, and charitable purposes. We represent and maintain open lines of communication for our neighborhood with the City of Bend to preserve, protect, and enhance our neighborhood's livability and sense of community.

We promote neighborliness and believe we are stronger together. 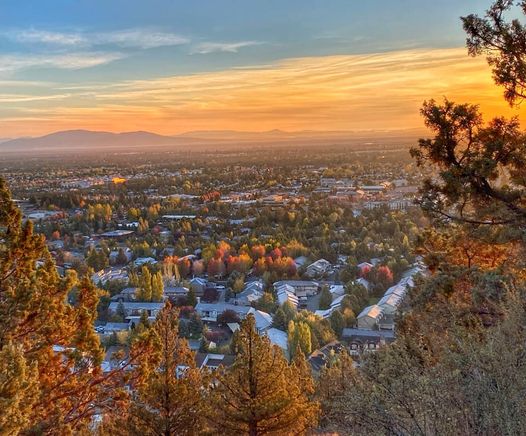 In support of our mission we:

We also keep current on and report to membership on:

The Mountain View Neighborhood Association (MMVNA) board meets the fourth Thursday of every month at 6 pm. Please contact us for instructions on how to attend our meetings.

The following individuals are elected Board Members of Mountain View Neighborhood Association.

If you are interested in learning more about our board or potentially joining the MVNA board, please contact us. 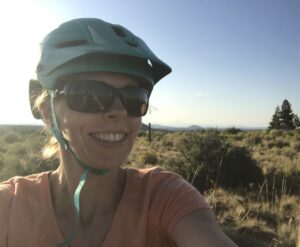 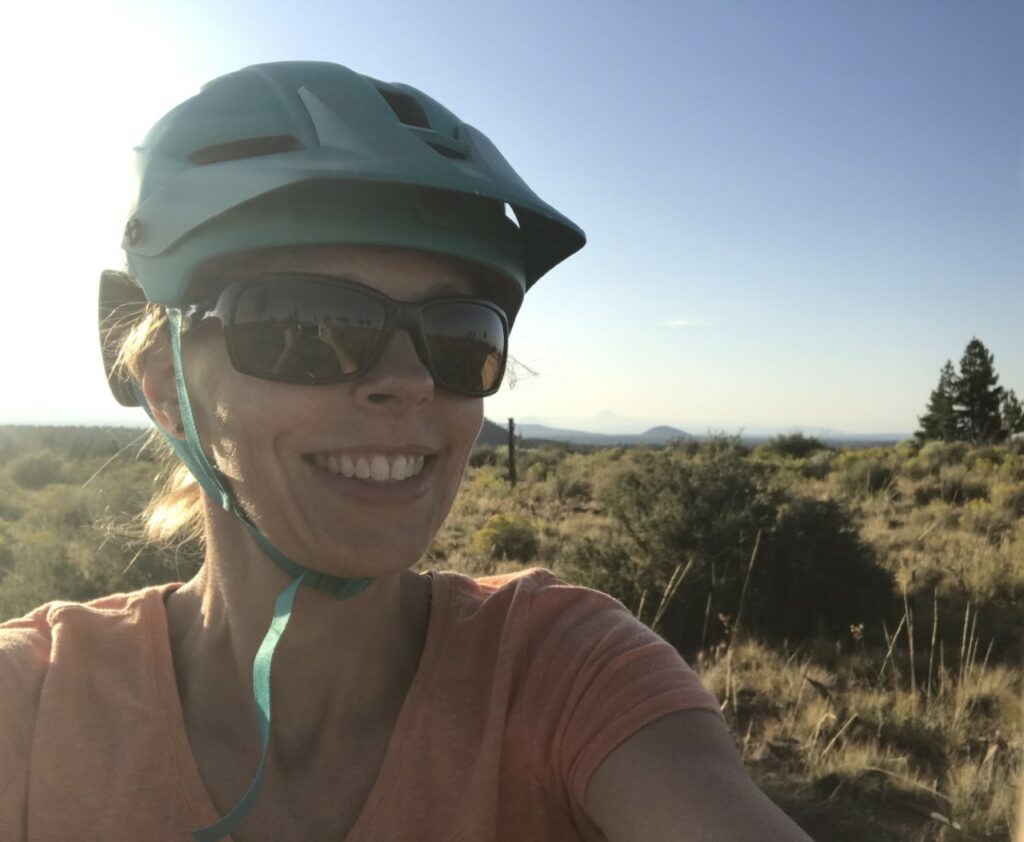 Sarah Spernak has lived in Bend since 2008, and is originally from the Oregon coast. As a mom with two young kids, she joined the MVNA over her concerns regarding speeding on neighborhood streets and found herself becoming a board member.

Sarah enjoys being involved with the NA as it is a great way to know what is going on throughout the City and to be a resource and a voice for her fellow neighbors. The NA is a good way to feel connected, build community, and be stronger together.

Bend is a great dog town and has easy access to the outdoors.  These are two reasons why my wife, Marcia, and I moved here over 20 years ago.  We use the dog parks every day and support the use of tax dollars  for their creation/maintenance.  During those 20 years, I’ve become more involved in supporting community organizations that can make a difference.  One organization I joined, in 2015, was the Bend Food Project which does food collections on a recurring basis. Food collected is donated to food pantries.  Another organization is the Mountain View Neighborhood association.  I started working with this organization in 2018 and saw the specific projects they started/supported to try to improve quality of life in the MVNA area.  This is one reason I joined the board in 2021. 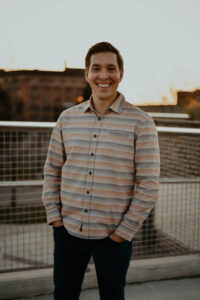 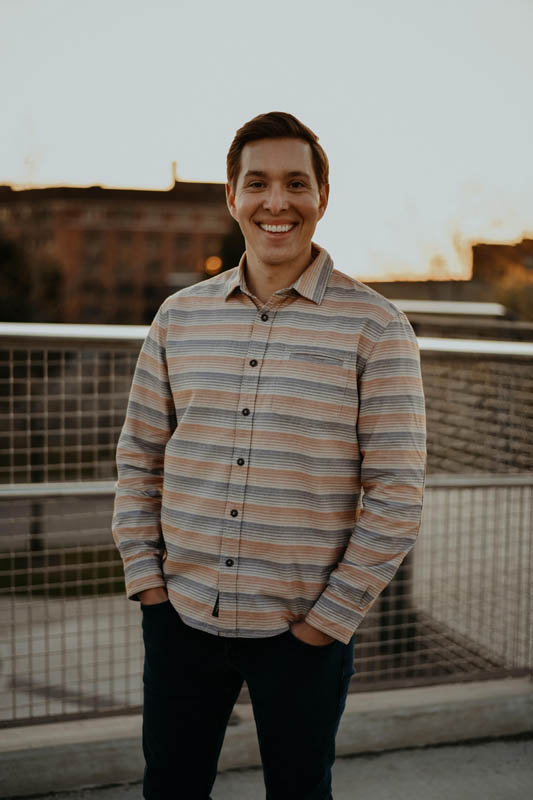 Alex and his wife Suzanne just recently (May 2021) moved to Bend to be closer to their family. Having been visiting family in Bend for almost ten years, they always knew Bend would become their forever home. Alex works in the water industry, where he solves the big problems that water and wastewater utilities face by leveraging digital solutions. He joined the MVNA board almost immediately after moving and feels there is no better way to contribute to the community than to become involved in the neighborhood where he and his family lives. He looks forward to serving our community and meeting more of our Mountain View neig 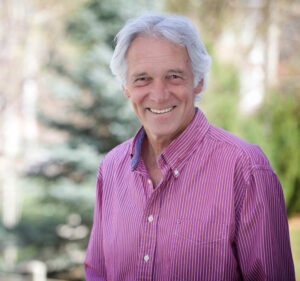 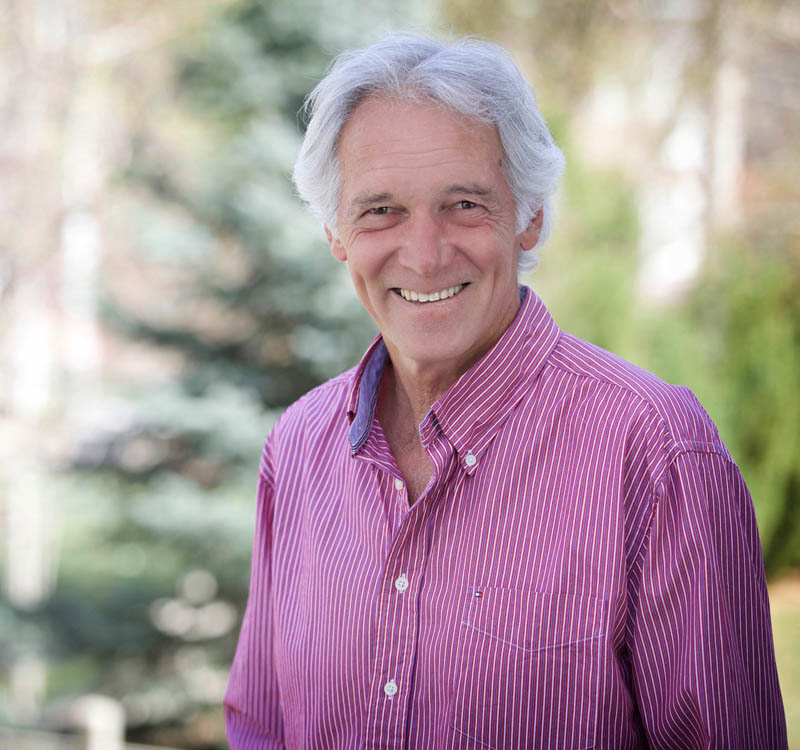 Steve Pine grew up in an Air Force family traveling and living in various states and foreign countries throughout his childhood, finally graduating high school in Japan. Steve is a retired public-school teacher and administrator, having spent several years with the Department of Defense schools in Europe, several in Oregon, and seven years in various schools in the Bush of Alaska. He currently owns and operates an In-Home Care agency in Bend, where he has lived since Fall of 2018.

Steve first came to Bend to ski and play in the late 70’s during his time at the university in Monmouth, and when it was time to find a place to retire, Bend was his first choice. His interest in community development is what drew Steve to the MVNA board, and his emphasis is ensuring that as Bend grows, it retains its charm and character and assures a balanced, citizen-centric approach to its future.

Steve is the Treasurer on the Mountain View Neighborhood Board and serves as the Board’s Neighborhood Leadership Alliance representative. 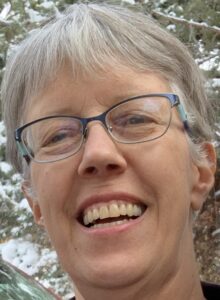 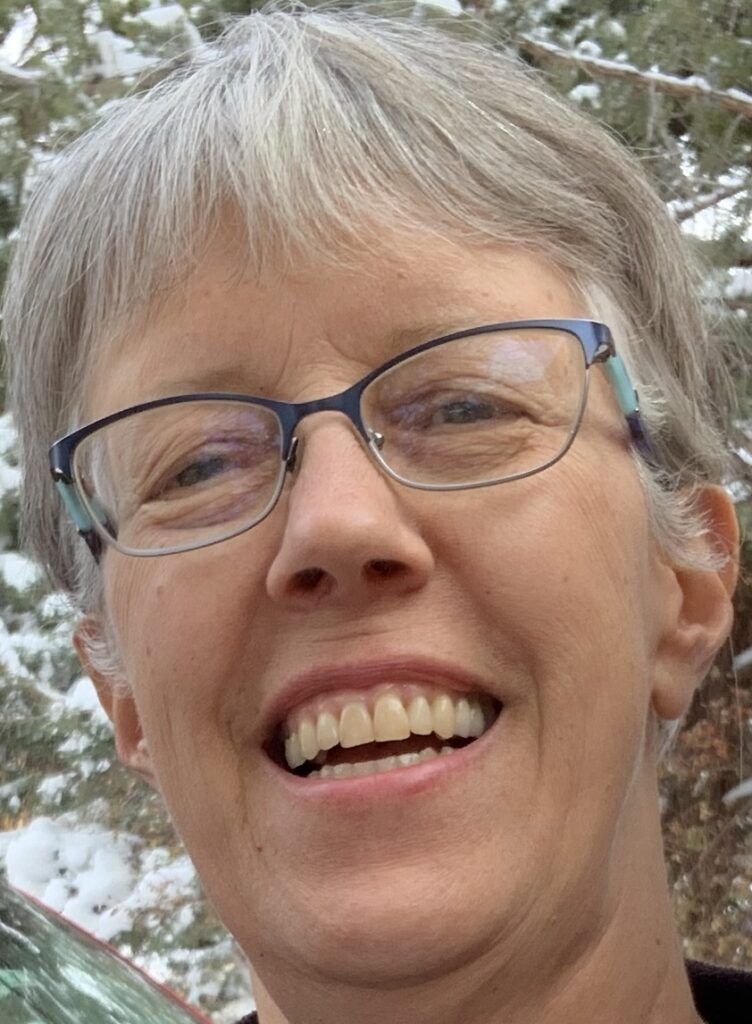 Carol Elwood is retired and actively volunteers in support of several community organizations. She has lived in Bend for 21 years and in MVNA for 15. She was involved with a group from her homeowners association regarding traffic issues in the neighborhood, and with the support of MVNA they were able to get the City’s timeline moved up to address their concerns. Through that involvement she decided that serving on the Board as Land Use Chair would be a good focus for her. She has served on the Board for 3 years. Her greatest desire for the City is to see the inevitable growth happen in a way that is sustainable. She sees key components of that as “complete neighborhoods” where people don’t need to travel so far for their basic services, and transportation infrastructure that de-emphasizes single occupant car trips. When not volunteering, her favorite activities include biking, playing music, and reading. 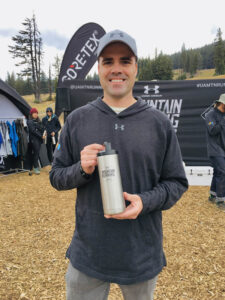 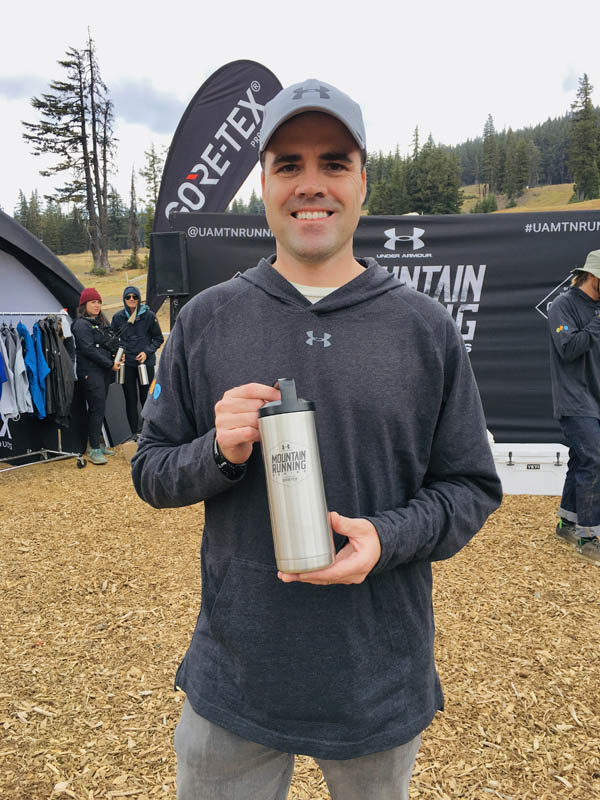 John Bennett moved to Bend and the Mountain View neighborhood with his wife and young son in 2018. After many years in the snowboard industry, he is currently a stay at home Dad and just completed a year as his son’s homeschool teacher.

In 2019 John joined the MVNA board after attending several regular and annual meetings. He was interested in the role a board member could play to better his community. That year he also joined the board of the Arrowhead HOA in which he lives.

John serves as the MVNA representative to the Neighborhood Association Round Table (NART) and also follows issues related to parks and recreation. He wants Bend to be a safe and healthy place to live and raise a family for many years to come. 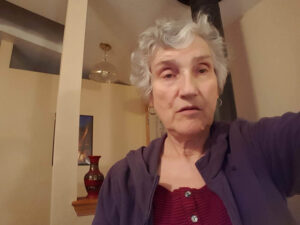 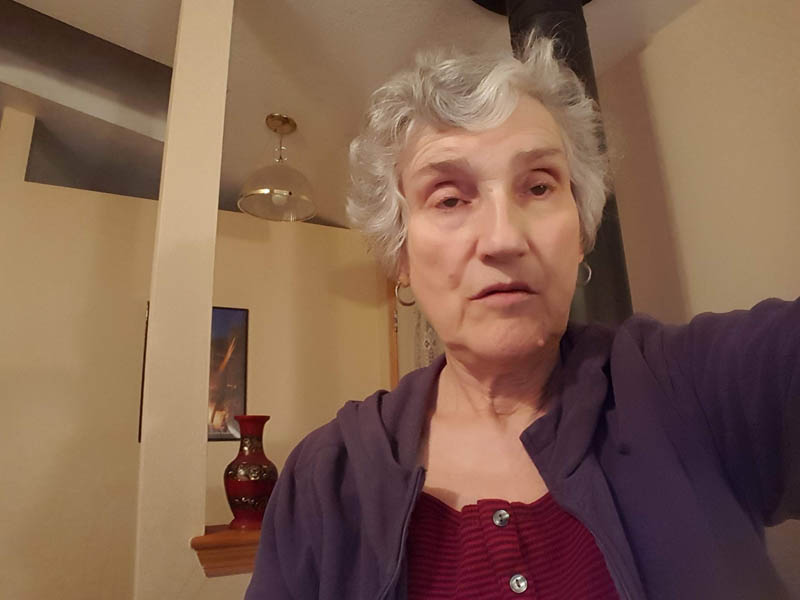 Beth is a retired teacher and serves as co-chair of the Restorative Justice & Equity Group in Bend. Beth grew up here and graduated from Bend High when Bend’s population was 13,500 residents. She moved from Bend to complete college at the U of O. After a stint working in Portland and eastern Oregon, she moved back to Bend in 1994. She bought her home in the Mt. View neighborhood and has resided here since then. She joined the MVNA Board in 2015 and has served as Board Chair since 2018. Beth’s number one priority for our neighborhood is livability. She wants a neighborhood that maintains open spaces for all of us to enjoy the beauty of the high desert, that offers the amenities of walkability and accessibility, and that builds on the strength of the diversity of our residents. She wants to ensure that our Neighborhood Association serves our residents and provides an effective voice to the City about our needs, preferences, and priorities. 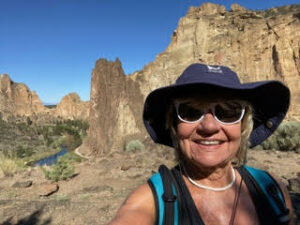 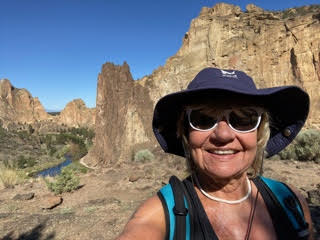 I have lived in the Mountain View Neighborhood here in Bend for just two short years after living in San Diego and Lake Tahoe for the past 39 years and love it. I also love to ski, hike, explore, paddle board, kayak and float and occasionally ride my road bike! I’ve worked as a Realtor for over 16 years, having worked previously in education. I have two wonderful daughters and 4 amazing grandchildren and am originally from England, now a proud American Citizen.

Communicate to Mountain View residents on an on-going basis and represent their needs and concerns to the City.

Increase neighbors’ participation overall in MVNA and promote inclusion for all segments of our neighborhood.

Provide a forum where residents can express themselves and feel heard.

Focus on livability, traffic, and safety for all MVNA residents

This newly formed City committee is comprised of representatives from all 13 neighborhood associations in Bend. Meetings are held the first Thursday of each month at 4 PM in City Council Chambers and are open to members of the public. The mission of the NLA is to give a unified voice to citizen concerns and to advise City Council on issues affecting our neighborhoods.

Learn More About the NLA

Mission: The Neighborhood Association Round Table (NART), consisting of the thirteen Neighborhood Associations (NAs) sanctioned by the City of Bend, NART shall act as a collaborative group to support the needs of all NAs, to create a space for sharing best practices and developing procedures for sustainability and improvement of the NAs.

This is accomplished by providing a proactive and outcome oriented communications between NART and the NAs Providing a forum to share information, education, discuss policy and methodology, for the education, advancement and functionality of the NAs.

Curious to learn more about what is happening in Mountain View and the City of Bend?

MVNA MEMBERSHIP
We use cookies on our website to give you the most relevant experience by remembering your preferences and repeat visits. By clicking “Accept All”, you consent to the use of ALL the cookies. However, you may visit "Cookie Settings" to provide a controlled consent.
Cookie SettingsAccept All
Manage consent

This website uses cookies to improve your experience while you navigate through the website. Out of these, the cookies that are categorized as necessary are stored on your browser as they are essential for the working of basic functionalities of the website. We also use third-party cookies that help us analyze and understand how you use this website. These cookies will be stored in your browser only with your consent. You also have the option to opt-out of these cookies. But opting out of some of these cookies may affect your browsing experience.
Necessary Always Enabled
Necessary cookies are absolutely essential for the website to function properly. This category only includes cookies that ensures basic functionalities and security features of the website. These cookies do not store any personal information.
Non-necessary
Any cookies that may not be particularly necessary for the website to function and is used specifically to collect user personal data via analytics, ads, other embedded contents are termed as non-necessary cookies. It is mandatory to procure user consent prior to running these cookies on your website.
SAVE & ACCEPT